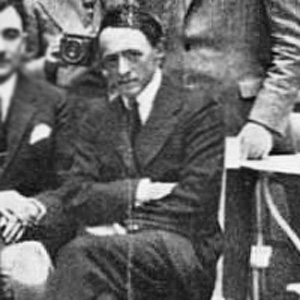 Poet-composer who blended romanticism with elements of Irish literature and landscapes. He was known for "The Flute" from 1907, "The Tale the Pine-Trees Knew" from 1931, and "Seafoam and Firelight" from 1909. He sometimes wrote under the pseudonym Dermot O'Byrne.

He was a student of Cecil Sharp while at the Hampstead Conservatoire. He attended the Royal Academy of Music between 1900 and 1905.

He wrote incidental music to J. M. Barrie's play "The Truth About the Russian Dancers" in 1920.

His family was of Dutch ancestry and very well-to-do. He married Elsita Sobrino in 1911.

He was largely inspired by the writings of William Butler Yeats, most notably "The Wanderings of Oisin and Other Poems," and wrote in the style of the Irish Literary Revival.

Arnold Bax Is A Member Of