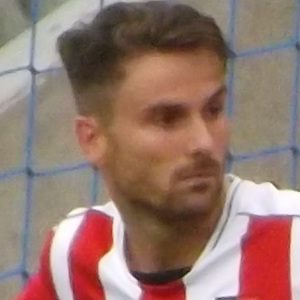 British soccer player who is best known as a midfielder for Exeter City in League Two. He has also played for Yeovil Town and Nottingham Forest.

He has served as a captain for the Welsh international team at the under-21 level.

He hails from Llantwit Major in Wales.

He was coached by Aidy Boothroyd as a member of the Northampton Town Football Club.

Arron Davies Is A Member Of