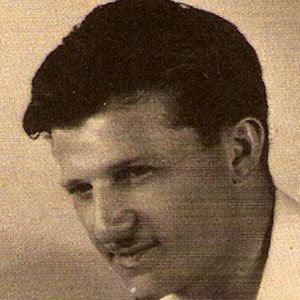 Walt Disney animator who created Goofy and worked on "Snow White and the Seven Dwarfs" and "Fantasia." He worked for UPA after leaving Disney following his service in World War II; he was also still stinging from the infamous studio strike of 1941.

His first job was with Paul Terry's Terrytoons Studios. His first work for Disney was on the 1936 short, "The Country Cousin," for which he worked on a drunken mouse.

He drew the Wicked Queen in "Snow White and the Seven Dwarfs" from 1937 and Geppetto in "Pinocchio" from 1940.

He was born in Nebraska and raised in Iowa, but moved to New York at a young age to support his family after an accident destroyed his father's ability to work. He married dance model Marjorie Belcher in 1937 after meeting her when she was providing a live-action reference for the animators working on the character of Snow White.

His enmity with the Disney company officially ended in 1991 when Walt's nephew, Roy E. Disney, reached out to him in an effort to smooth matters over.

Art Babbitt Is A Member Of