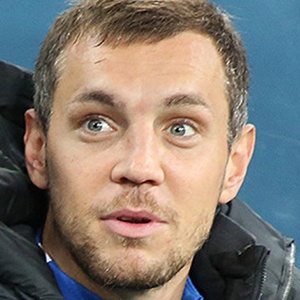 Striker who joined the Russian senior squad in 2011 and has competed in tournaments like UEFA Euro 2016. He is also widely known for his 10 years spent as a member of FC Spartak Moscow.

He attended Spartak Moscow's soccer school and made his professional debut in 2006.

He won Russian Cup and Russian Super Cup titles while on loan with Zenit Saint Petersburg in 2016.

He has a sister named Olga. He married a woman named Kristina.

He has played alongside goalkeeper Igor Akinfeev on the Russian national team.

Artem Dzyuba Is A Member Of