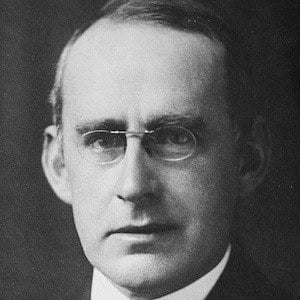 Remembered best for his work in the field of astrophysics, Eddington was also responsible for introducing Albert Einstein's theory of relativity to a wider audience.

He entered the University of Manchester (then called Owens College, Manchester) at the age of sixteen and later earned advanced degrees from Trinity College, Cambridge University.

His numerous honors include the 1924 Henry Draper Medal of the National Academy of Sciences; the 1907 Smith's Prize; and the French Astronomical Society's 1928 Prix Jules Janssen.

He was raised in a Quaker family in Kendal, Westmorland, England.

He was one of the subjects of a 2008 made-for-television film titled Einstein and Eddington and starring David Tennant and Andy Serkis as Eddington and Einstein, respectively.

Arthur Eddington Is A Member Of