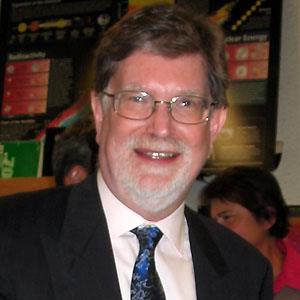 Astrophysicist who received a the Nobel Prize in Physics in 2006 for his work on the cosmic background explorer. His work gave further evidence towards the Bing Bang Theory.

He studied mathematics and physics from the Massachusetts Institute of Technology.

He was the winner of the last episode of Are You Smarter than a 5th Grader?

His cousin Oliver R. Smoot is a chairman at the American National Standards Institute.

He made a cameo appearance on The Big Bang Theory with Jim Parsons.

George Smoot Is A Member Of