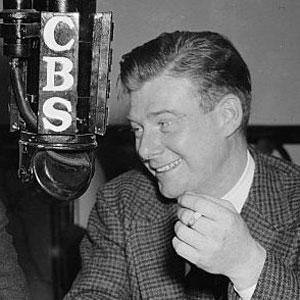 The neighborly host of morning network radio whose career spanned from 1945 to 1972.

He was a radio operator in the United States Navy for four years.

He was a television broadcaster and at one point a sponsor for a cigarette company, but he stopped when he discovered he had lung cancer and instead became an anti-smoking spokesperson.

He got married to May Bourke on February 24, 1938 and they had three children together.

Arthur Godfrey Is A Member Of