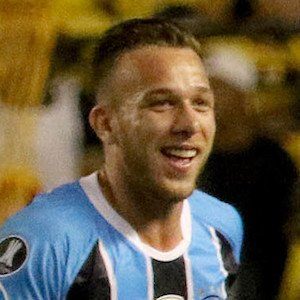 Midfielder who broke out while playing for Campeonato Brasileiro, winning the 2016 Copa do Brasil and 2017 Copa Libertadores titles. He has represented Brazil at tournaments like the 2013 South American Under-17 Football Championship.

He began playing for his hometown club Goiás Esporte Clube at age 12.

He was named Campeonato Brasileiro's Best Newcomer in 2017.

He has a brother named Paulo.

He has been teammates with winger Michael Arroyo on Campeonato Brasileiro.

Arthur Melo Is A Member Of