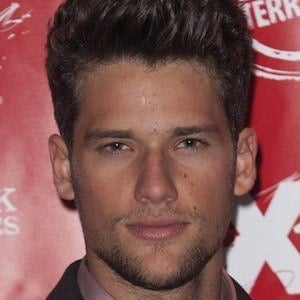 Brazilian model who signed to EPmodels Agency in Brazil. He has worked for brands such as Dolce & Gabbana, Armani Exchange, and Ralph Lauren.

He was convinced to join the industry by a friend who worked for EPmodels. He began his international modeling career soon after.

He is a practitioner of Gracie Barra Jiu Jitsu.

He was raised in Recife, the capital city of the Brazilian state of Pernambuco.

His work is comparable to that of fellow Brazilian model Francisco Lachowski.

Arthur Sales Is A Member Of