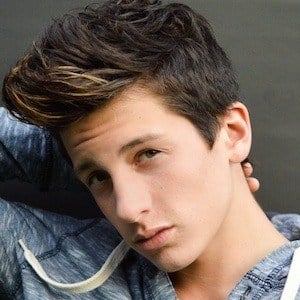 Singer best known as a member of the band Love Above All. He released his first single "Before Anyone Else" on iTunes in 2015.

In September 2012 he created his Twitter and followed it with the tweet "Can't sleep mad bored prob just going to listen to some music #cantsleep."

One of his most popular YouTube videos is "Before Anyone Else (Official Music Video)" posted in January 2015.

He has a younger sister named Amanda. His real name is Artie Babcock.

In February 2015, he covered "Thinking Out Loud" by Ed Sheeran on his YouTube channel.

Artie Babz Is A Member Of