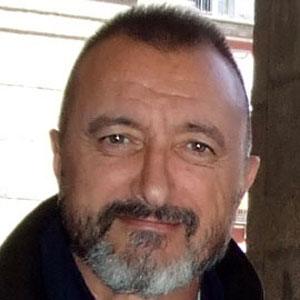 Spanish author and broadcast journalist who became known for his Captain Alatriste historical novel series and for his war correspondent work with Television Espanola and the Spanish Radio and Television Corporation (RTVE).

He began his career as a journalist with a newspaper called Pueblo. His debut novel, El Husar, was published in 1986.

His 2002 novel, La Reina Del Sur, inspired a Spanish telenovela of the same title that began airing on Telemundo in 2011. In 2019, he wrote the original series El Dragón: Return of a Warrior.

He co-wrote his first Captain Alatriste novel with his daughter Carlota.

His 1990 novel, The Flanders Panel, served as the basis for Uncovered, a 1994 film that starred Kate Beckinsale.

Arturo Pérez-Reverte Is A Member Of