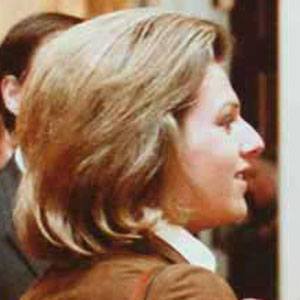 British journalist and media personality who was the daughter of former Prime Minister Margaret Thatcher and Sir Denis Thatcher. She has appeared on several reality shows including I'm a Celebrity...Get Me Out of Here!, 100% English, and Most Haunted.

She obtained her law degree from University College London and began her journalism career in Australia with the Sydney Morning Harold.

She wrote a biography about each of her parents and produced a documentary on her father where she showed the only public interview he ever gave.

She became involved with Marco Grass beginning in 1992.

She won the fifth season of I'm a Celebrity...Get Me Out of Here! against actor Sid Owen.

Carol Thatcher Is A Member Of

I'm a Celebrity...Get Me Out of Here
67 Year Olds
Journalists
First Name Carol