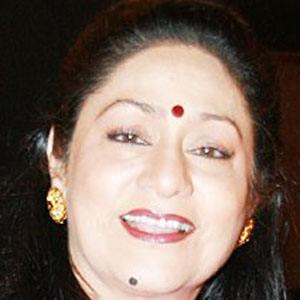 Indian screen actress known for her supporting roles in such Hindi and Bollywood films as Beta, Fakira, Love Story, and Pet Pyaar Aur Paap. Her performances earned her numerous Filmfare Awards and nominations.

At the age of nine, she made her on-screen debut in a 1961 film titled Jumna.

She grew up in Mumbai, India.

In the 1978 film Shalimar, she shared the big screen with acclaimed Bollywood actor Dharmendra.

Aruna Irani Is A Member Of