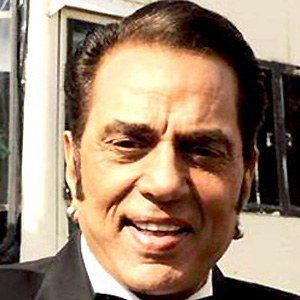 Award-winning romantic lead actor of many Bollywood films in the 1960s who became one of the most renowned Hindi actors.

He won several awards starting in the 1960s for his work in Dil Bhi Tera Hum Bhi Tere and by the 1970s, he went from heartthrob roles to action hero roles.

He had parts in close to 250 Hindi-language films, and earned the Filmfare Lifetime Achievement Award for his work.

He married twice, with his first wife being Hema Malini, a prominent actress-singer. His daughters Ahana and Esha became actresses.

His son, Sunny Deol became a Bollywood star in his own right.

Dharmendra Is A Member Of