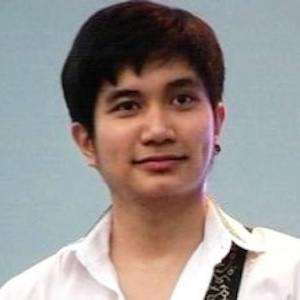 Indonesian guitarist and songwriter otherwise known as Lale, he is most well recognized as a member of the music group Maliq & D'Essentials and MARCH.

His career as a guitarist began performing with a number of different bands including Ran and JFlow.

In 2014, he began a career as a producer alongside previous bandmates Nino of Ran and Ilman of Maliq & D'Essentials under the name laleilmanino.

He hails from Jakarta, Indonesia.

In 2014, he produced and co-wrote the Bastian Bingtang Simbolon singles "Permit Mencinta" and "My Choice."

Arya Aditya Is A Member Of