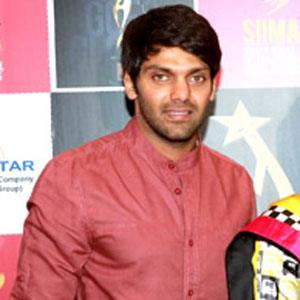 Popular Indian actor known for his roles in multiple Tamil language films. He is most famous for his SIIMA Award-winning supporting role in the 2013 movie Arrambam and for his Filmfare Award-nominated roles in Madrasapattinam and Naan Kadavul.

Born Jamshad Cethirakath, he studied at Crescent Engineering College in Chennai, India. He earned a FilmFare Debut Award for his role as Kutty in the 2005 feature Arinthum Ariyamalum.

In 2010, he established a film production company called The Show People.

His brother Sathya also had a successful career as a Tamil film actor. He and his wife Sayyeshaa wed in March of 2019.

He co-starred with Amy Jackson in the 2010 film Madrasapattinam.

Arya Is A Member Of