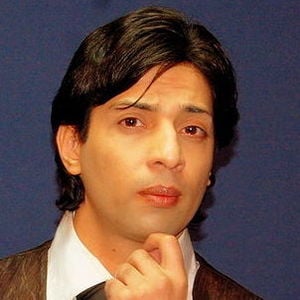 Screen and musical actor most well known as the host of Souk Ghwari Chi Millonar Shi?, Afghanistan's version of Who Wants to Be a Millionaire?

A skilled martial artist, he has trained in taekwondo around the world from Pakistan to Afghanistan to South Korea.

Though he was born in Jalalabad, he moved to Peshawar, Pakistan during the war in Afghanistan.

Both he and Nelufar Hedayat are television personalities born in Afghanistan.

Aryan Khan Is A Member Of