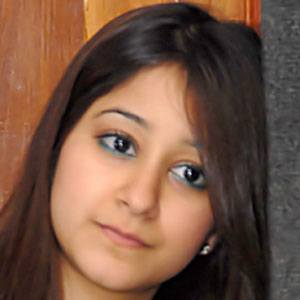 Singer from Saudi Arabia who gained worldwide fame through her appearance on the reality talent show Gulf Stars. She then signed to the world's biggest Arab label, Rotana, and released popular albums like 2008's Allah Yhannini.

She was born in Qatif but moved to Khobar due to her father's military career.

She began starring on the reality series Huwa Wa Heya, which documents her relationship with her husband, in 2011.

She and Ramiele Malubay are both singers born in Saudi Arabia who rose to fame through their appearances on reality shows.

Aseel Omran Is A Member Of