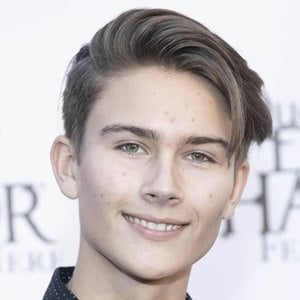 Hollywood royalty, he is the son of actress Natasha Henstridge and actor Liam Waite.

His parents dated from 1996 until 2004 after his mother had broken up with actor Damian Chapa.

He has a self-titled YouTube channel where he posted his mother's response to the ALS Ice Bucket Challenge in 2014.

He has an older brother, Tristan Waite, who is a budding model.

His mother began dating Darius Campbell in 2004 and the couple were together until 2010. They later reunited and married in 2011, eventually divorcing in 2013.

Asher Waite Is A Member Of