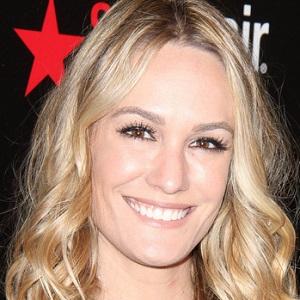 After studying broadcast journalism and music at the University of North Carolina at Chapel Hill, she moved to New York City and interned with NBC.

Upon relocating to Los Angeles, California in the early 2000s, she was hired as an editor for Life & Style magazine.

She was born and raised in Raleigh, North Carolina. In late 2013, she married Philippe Cousteau, Jr., the grandson of the famous oceanographer, writer, and documentary filmmaker Jacques Cousteau.

She and Terrence J. both worked as E! News anchors.

Ashlan Gorse Is A Member Of