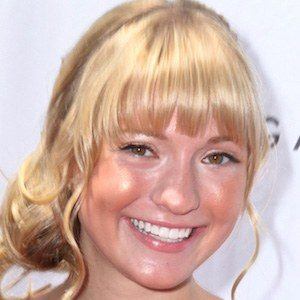 Actress known for her various supporting roles in a wide variety of tv shows and movies.

She made her acting debut in the 2009 movie Into Temptation, but her first credited role came in 2011.

Her longest running roles include Amber on Marvin Marvin and April on The Fosters.

She grew up in Saint Paul, Minnesota.

She appeared on an episode of Jimmy Kimmel Live! in 2012 to act in a parody of the Hunger Games.

Ashlee Füss Is A Member Of

Do Not Reply
You Gotta See This!
28 Year Olds
TV Actresses