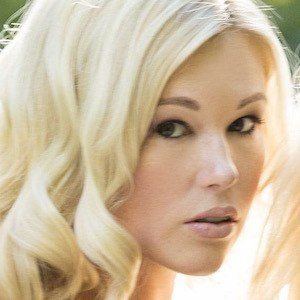 Country singer and actress most well known for starring in the 2010 film Elle: A Modern Cinderella Tale. She is also recognized for being one third of the country singing trio Post Monroe.

She was a contestant on USA Network's spin on American Idol called Nashville Star hosted by Billy Ray Cyrus in 2008.

The band name Post Monroe came from her time living in Los Angeles in 2008. She heard someone describe an era of fashion as post Monroe, after Marilyn Monroe.

She is one of 13 siblings. Her husband's name is Jesse Whitley and her son's name is Tuff.

Her Elle: A Modern Cinderella Tale co-star was Sterling Knight.

Ashlee Hewitt Is A Member Of