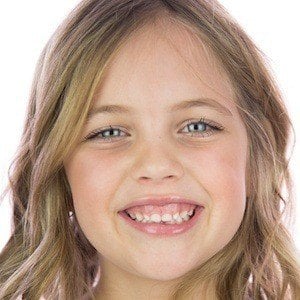 Known for comprising one-half of the YouTube cooking channel CharlisCraftyKitchen. She has gained popularity there alongside her sister Charli for her DIY recipe tutorials, challenge completions, and vlog entries.

She's loved food and baking as far back as she can remember. She co-created her YouTube channel on September 26, 2012.

She has helped the CharlisCraftyKitchen YouTube channel earn more than 1.3 million subscribers. One of her most popular videos there, "COCKTAIL GLASS TAKE HOME CUPCAKE TREAT with M&M's- candy bar, lolly buffet, birthday party," has earned more than 100 million views. Outside of food, her other interests include animals, acting and modeling.

She and her sister Charli's official social media pages have been managed by their parents.

She and Finn Little both voiced characters on Crafty Kingdom.

Ashlee Rose Kelly Is A Member Of