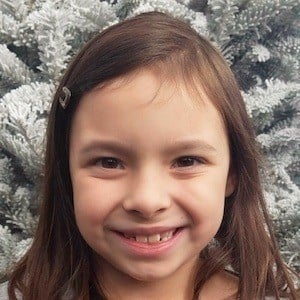 YouTube star who is widely known as the primary subject of the Bella Boo's Lunches channel. She has gained popularity there alongside her mother for documenting her everyday school routine and lunch preparation.

Her YouTube channel was created in September 2015. She was five years old at the time.

One of her most popular YouTube videos, "How I make my kindergartener's lunches - Bento Box Style - Week 19," has earned more than 425,000 views.

Her mother posted her first vlog to YouTube on September 1, 2015.

She and Chad Franke are both known for their family vlogging with their parents on YouTube.

Bella Boo Is A Member Of