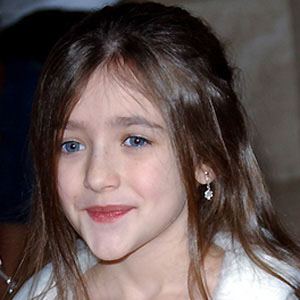 Actress known for her role as Mel Fuller in the Amazon series Gortimer Gibbon's Life on Normal Street. She had guest spots on Shake It Up and Las Vegas and also appeared in Judy Moody and the Not Bummer Summer in 2011.

Her voice acting talents are featured in such films as X-Men: First Class, Happy Feet Two, and Shrek Forever After.

She was born in Texas.

She co-starred with Ashley Tisdale in the 2009 film Aliens in the Attic.

Ashley Boettcher Is A Member Of