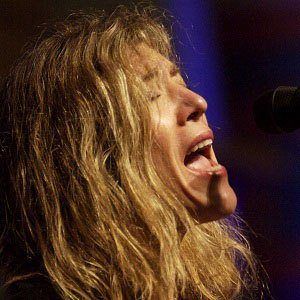 Singer and guitarist who has provided background vocals on more than 300 albums and performed alongside artists like John Hiatt. As a solo artist, she won Grammys for her albums Lesson of Love, You Are There and Before the Daylight's Shot.

She was born in Knoxville, Tennessee and sang "We're Gonna Win This One" for the film Ernest Goes to Camp in 1987.

She is the first female to be nominated for a Grammy in the Best Rock Gospel category and is also the first artist to win the award three times.

She married Kenny Greenberg in April 1991 and has children named Rebecca, Henry, and Lily.

She sang on the Dove Award-winning Rich Mullins album The Jesus Record.

Ashley Cleveland Is A Member Of