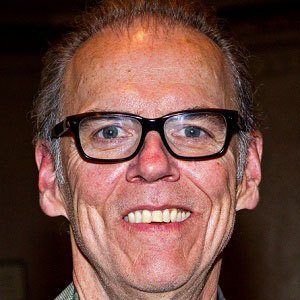 Known for Have a Little Faith in Me and Sure As I'm Sittin' Here, which became a Top 40 hit when it was covered by Three Dog Night.

He began working as a songwriter for the Tree-Music Publishing Company after moving to Nashville when he was 18.

He was honored with a Nashville Music Award for Songwriter/Artist of the Year in 2000.

He began delving deeper and deeper into music after his older brother Michael committed suicide when John was nine and after his father died when he was 11.

He presented Bonnie Raitt with an Americana Lifetime Achievement Award in 2012.

John Hiatt Is A Member Of