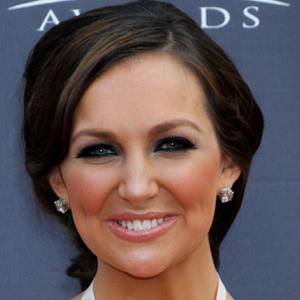 One of the youngest country artist to enter the Billboard Hot Country Singles chart with "Can You Hear Me When I Talk to You?" in 2003.

She took singing lessons when she was younger and was offered a chance to sing for shows with musician Dan Kane of The Dan Kane Singers, before making her debut record.

Her song, "Can You Hear Me When I Talk to You?" was inspired by her birth father who died of cancer when she was ten months old.

She grew up with her mother Allison and her step-father, Paul Kalill, and she has a younger sister named Katherine.

She broke Brenda Lee's record of being the youngest country artist with a song on the Billboard Country Singles charts in 2003.

Ashley Gearing Is A Member Of