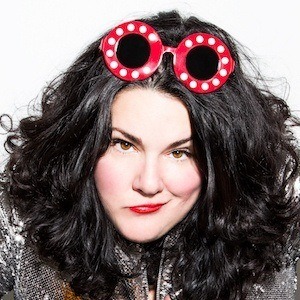 Painter and pop artist with work compared to that of Andy Warhol who became the owner of the Longshore Studio Gallery in New Orleans, Louisiana. Her work deals with subjects of Hollywood glamour and pop culture, as well as American comsumerism.

She took dance, theatre and music classes in her youth. She graduated from the University of Montana with a Bachelor of Arts degree in English Literature.

Her artwork was featured in the 2011 movie Twilight: Breaking Dawn - Part 1. She has used the platform Instagram, where she has 310,000 followers, to sell her artwork for tens of thousands of dollars.

She was born Sarah Ashley Longshore in Alabama. Her father Spencer Longshore III was the president and CEO of Time and Space Inc. She became engaged to a man named Michael Smith. Her younger sister Allyson worked as a fashion stylist.

She partnered with Blake Lively for a lifestyle e-commerce site called Preserve.

Ashley Longshore Is A Member Of