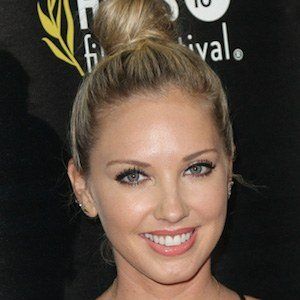 After releasing her debut clothing line at just twenty-one years old, she has become known her self-titled collection of dresses inspired by California. She is also an actress and model, having appeared in films like The Dog Lover and episodes of shows like How I Met Your Mother.

A born model and actress, she began appearing in commercials at only six months old. She then went on to attend the Fashion Institute of Technology, juggling school with with three other part time jobs.

A former pageant competitor, she was a finalist in both the Miss NY pageant and the Miss Teen NY pageant.

Her mother was incredibly supportive of her modeling career in her youth.

She appeared alongside Jon Voight and William Fichtner in the 2016 film American Wrestler: The Wizard.

Ashley Michaelsen Is A Member Of