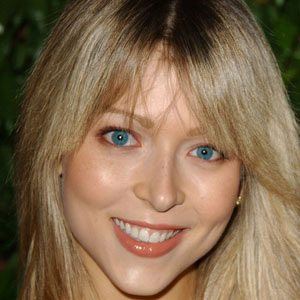 She played Sarah Frank in the film The Lemon Sisters.

She was the winner of a Daytime Emmy for Best Young Actress in 1990; she was only six years old at the time.

She has an older sister named Courtney, who is also an actress.

She was a guest star on That '70s Show, starring Tanya Roberts.

Ashley Peldon Is A Member Of