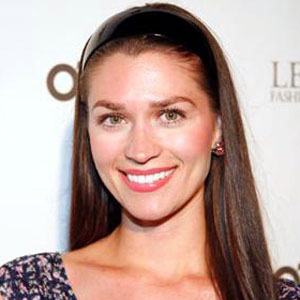 Following her Young Artist Award-nominated performances as Kimberly Fairchild on the CBS soap opera The Bold and the Beautiful and Liz Miller on the NBC series Saved by the Bell: The New Class, Tesoro launched a second career as a gospel singer, releasing her debut EP in 2007.

During her childhood years, she won the Little Miss California beauty pageant title. As a young girl, she also frequently performed with the California-based Christian Youth Theater.

In 1999, both Soap Opera Weekly and Soap Opera Digest listed her as one of the "50 Most Beautiful" soap opera actors.

She and her two younger siblings grew up in Iowa and California. With her pastor husband Anthony Tesoro, she had a daughter named Gabriella Lynn and also established both a Christian charity and a country gospel music production company.

She appeared with Stephen Baldwin and James Coburn in a 1999 ABC miniseries based on the popular novel Mr. Murder.

Ashley Tesoro Is A Member Of