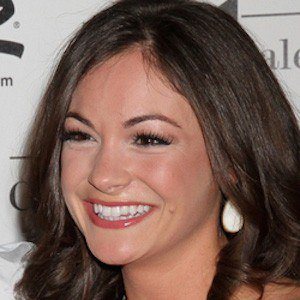 Actress and model known for being a spokesperson for NASCAR, the NHRA, and International Auto Shows. She was part of the cast of CMT's Sweet Home Alabama: Season 2.

She grew up competing in rodeo competitions.

She was a ring announcer in 2010 for the wrestling promotion NXT, under the name Ashley Valence.

She describes her upbringing as being very southern, which included owning a herd of cattle.

She had a highly publicized relationship with Jake Pavelka, a pilot and former star on The Bachelor.

Ashley Ann Vickers Is A Member Of