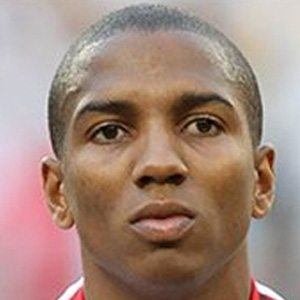 Midfielder who won the Community Shield award in 2011 while helping lead Manchester United in the UEFA Champions League; joined the English national team in 2007.

He was initially let go by Watford's Academy because of his lack of production, but improved his game and received a contract with the team; he spent four years there, scoring 19 goals.

He married Nicky Pike in 2015. He has two children, Tyler and Ellearna.

He became teammates with Wayne Rooney on Manchester United in 2011.

Ashley Young Is A Member Of