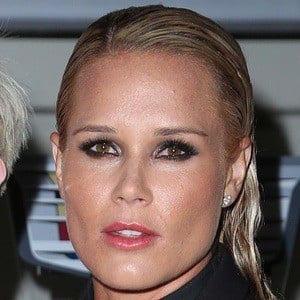 Women's soccer player best known as a goalkeeper for the United States national team. She served as a backup for the team's 2015 World Cup championship run. At the University of North Carolina, she won three NCAA Women's Soccer Championships.

She won back-to-back Class 3A State Championships at Satellite High School in Florida.

She was named Goalkeeper of the Year in Women's Professional Soccer while playing for the Western New York Flash in 2011.

She has a brother named Chris. She was born to Mike and Tammye Harris. She married Ali Krieger in 2019. They have an adopted daughter named Sloane.

She has been teammates with Ali Krieger on the Washington Spirit and the U.S. women's soccer team.

Ashlyn Harris Is A Member Of