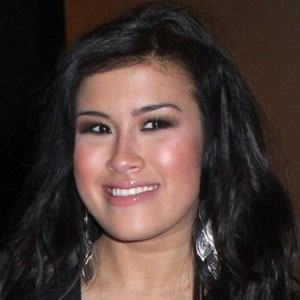 American R&B singer who became the first singer of Asian descent ever to sign a deal with Jive Records and was named as one of USA Today's Top 5 Young Artists To Watch. Her 2008 single "Selfish" spent 9 weeks on the Billboard Rhythmic Top 40 chart.

She was inspired to become a singer after receiving a strong reaction to a performance she gave at youth theatre camp at age 10.

She was featured in the music video for the charity song "We Be Workin'" by Black Eyed Peas.

Her birth name is Asia Nalani Vernimo. She was born in Jacksonville, Florida.

Her single "Swagger" was produced by singer T-Pain.

Asia Cruise Is A Member Of