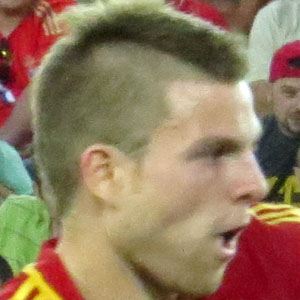 Spanish soccer player best known as a defensive midfielder for clubs like Real Sociedad and Real Madrid. With Real Madrid, he won the UEFA Champions League title in his first season with the team.

He came up in Real Sociedad's youth club and made his senior debut in 2008.

He was named La Liga Defensive Midfielder of the Year in 2013.

He has dated Esther Andonegi Legarda.

He has been teammates with Raphael Verane on Real Madrid.

Asier Illarramendi Is A Member Of