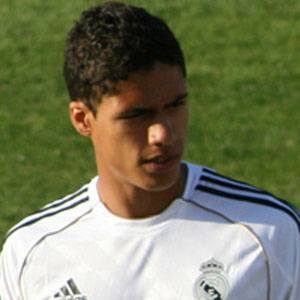 French center back who joined Real Madrid in 2011 and became a member of the French national team in 2013. He helped France capture the World Cup in 2018.

He grew up with three siblings: Anthony, Annie, and Annabelle. He married Camille Tytgat.

He became teammates with international sensation Cristiano Ronaldo on Real Madrid in 2011.

Raphael Varane Is A Member Of