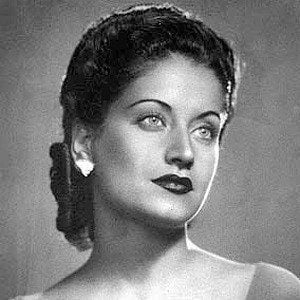 Syrian singer and actress who was known for singing the compositions of Mohamed El Qasabgi and Zakariyya Ahmad.

She immigrated to Egypt as a child and made her public singing debut as an teenager at a concert at the Cairo Opera House.

During World War II, she went on a secret mission to notify people in Jabal al-Druze that the British and French would be invading Syria.

She was married three times and had a daughter named Kamellia.

Asmahan Is A Member Of