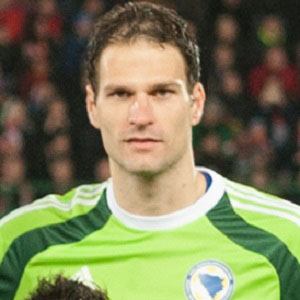 Goalkeeper known for superb long passing and frequently coming off his line to make plays, he debuted in the Premier League for Stoke City in 2010.

His youth career began in 2000 with Kirchhausen.

He has played for Bosnia and Herzegovina's national team since 2009.

His parents are Amir and Ajnija Begovic; his father was also a goalkeeper.

Asmir Begovic Is A Member Of