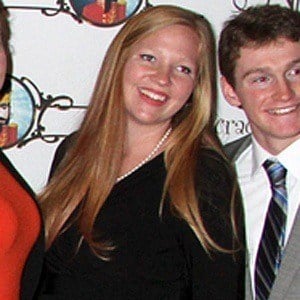 TLC reality personality known as the daughter of Kody and Christine Brown. She appears alongside them in the hit series Sister Wives.

Before the premiere of Sister Wives, she joined Twitter in July of 2009.

A social media superstar, she had a large Twitter following.

Through her mother, Christine, she has five siblings, Mykelti, Paedon, Gwendlyn, Ysabel, and Truely. She also has nine half-siblings and three adopted siblings through her father. In January 2018, she became engaged to Mitchell Thompson. They tied the knot in June 2018.

On Sister Wives, she appears alongside her half-siblings Logan and Mariah Brown, amongst numerous others.

Aspyn Brown Is A Member Of