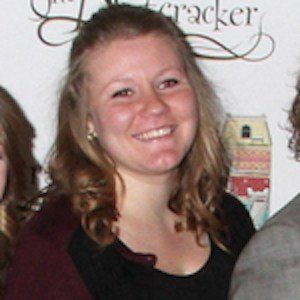 A bonafide Twitter addict, she joined the microblogging site in June 2009 before the airing of Sister Wives.

She attended school in Utah at Westminster College.

She has fourteen half siblings from her father's three other wives and three step siblings.

She was born a year after her older half brother Logan Brown.

Mariah Brown Is A Member Of