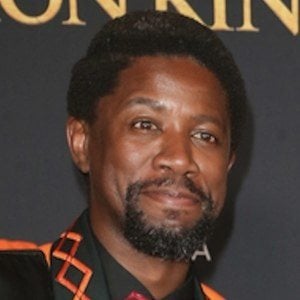 TV actor who played a young Nelson Mandela in the 2013 film Mandela: Long Walk to Freedom. He joined the cast of the Marvel movie Black Panther in 2016.

He studied theatre performance at the University of Witwatersrand.

He made his television debut in 2009's CW Network show, Life Is Wild. He has 200,000 followers on his atandwakani Instagram account.

He married Fikile M Kani. He is the son of South African actor John Kani.

He and Sasha Pieterse are both actors born in South Africa.

Atandwa Kani Is A Member Of