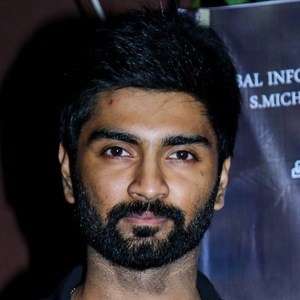 Famous for his roles in the Tamil films Muppozhudhum Un Karpanaigal and Paradesi, he received a Filmfare Award for his portrayal of Raasa in the latter movie.

He began his film acting career in his early twenties, appearing in the 2010 feature Baana Kaathadi.

He and his siblings Kavya and Aakash are the children of screen actor Murali and the grandchildren of film director Siddalingaiah.

He was cast alongside Catherine Tresa in the Tamil thriller Kanithan.

Atharvaa Is A Member Of