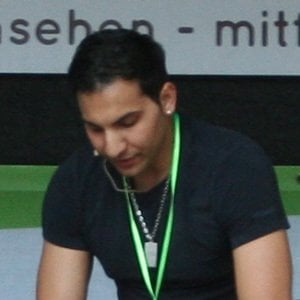 Author who has earned fame for his vegan-inspired cookbooks, including his 2012 best-seller Vegan for Fit. Attila Hildmanns 30-Tage-Challenge. His 2011 cookbook Vegan for Fun was named cookbook of the year by Germany's International Vegetarian Union.

He earned his advanced degree in physics from Free University of Berlin.

He was a contestant on the 2016 season of Let's Dance. He has also appeared on the TV programs Volle Kanne on ZDF and the SWR's Nachtcafé,

He was inspired to turn to vegetarianism in 2000 after witnessing his father's death from a heart attack from eating too much meat. His mother's name is Ursel.

He and Luke Mockridge competed against one another in April 2017 on the popular German TV series Schlag den Star.

Attila Hildmann Is A Member Of