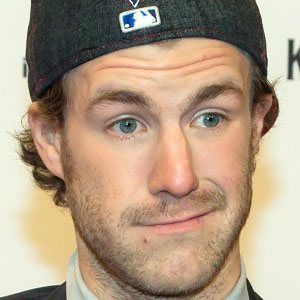 German comedian and author who is widely known for his televised appearances and his comedy sketch shows. In September 2013, he became the host of Nightwash. He has also hosted his own solo comedy show called I'm Lucky, I'm Luke!

He studied media and communications in different universities throughout Germany, England, and Canada.

In 2014, he partnered with Julian "Jules" Weibach and Joyce Ilg on a successful YouTube channel called, "Snoozzze."

He is the son of Canadian actor and comedian Bill Mockridge and Italian actress and comedian Margie Kinsky. He has been in a relationship with actress Joyce Ilg.

He is the godson of German comedian Dirk Bach.

Luke Mockridge Is A Member Of