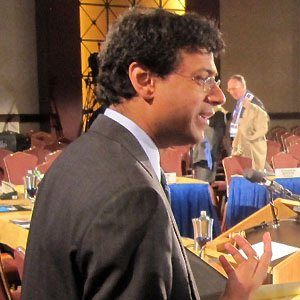 Surgeon and journalist who was a National Book Award finalist for his 2002 book Complications: A Surgeon's Notes on an Imperfect Science.

He attended Stanford University and Harvard School of Public Health.

He was featured in an Newsweek article in 2004.

He has three children with his wife, Kathleen Hobson.

He was a health care lieutenant during the 1992 campaign for Bill Clinton.

Atul Gawande Is A Member Of