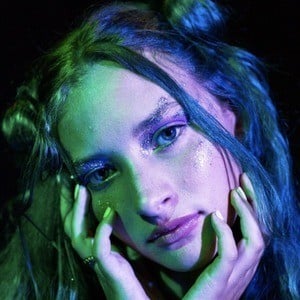 Her stage name was derived from the periodic table abbreviations for gold and radium.

She was born Jamie Lou Stenzel. Her father Torsten Stenzel was also a prominent figure in music.

She was featured on Alan Walker's chart topper "Darkside."

Au/Ra Is A Member Of