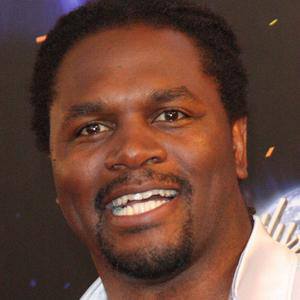 English heavyweight who became the Olympic Boxing Champion in Men's Super Heavyweight. He was a contestant on Strictly Come Dancing 9.

He won Gold at the 1998 Commonwealth Games as an amateur.

He became the first fighter to win the Prizefighter tournament twice.

He has a daughter named Ariella and a son named Hudson.

He and dancer Ola Jordan have both been featured on the reality series Strictly Come Dancing.

Audley Harrison Is A Member Of