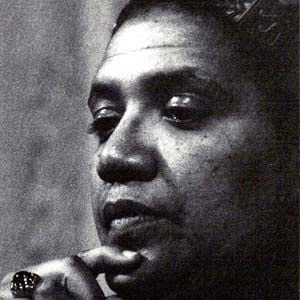 Caribbean-American poet, author, and political activist known for works such as Coal, The Black Unicorn, and The Cancer Journals. As an activist, she sought to expose the currents of racism in feminist ideology. She published more than 15 books throughout her career.

She attended Columbia University. She published her debut poetry collection, The First Cities, in 1968.

She identified as a lesbian, but had two children with attorney Edwin Rollins, whom she later divorced. Lorde died of breast cancer in 1992.

She was inspired by Langston Hughes.

Audre Lorde Is A Member Of